There is no us or them because we are all from one: I SEE YOU

You are here:
Home
Success Stories
There is no us or them because we are all from one: I SEE YOU 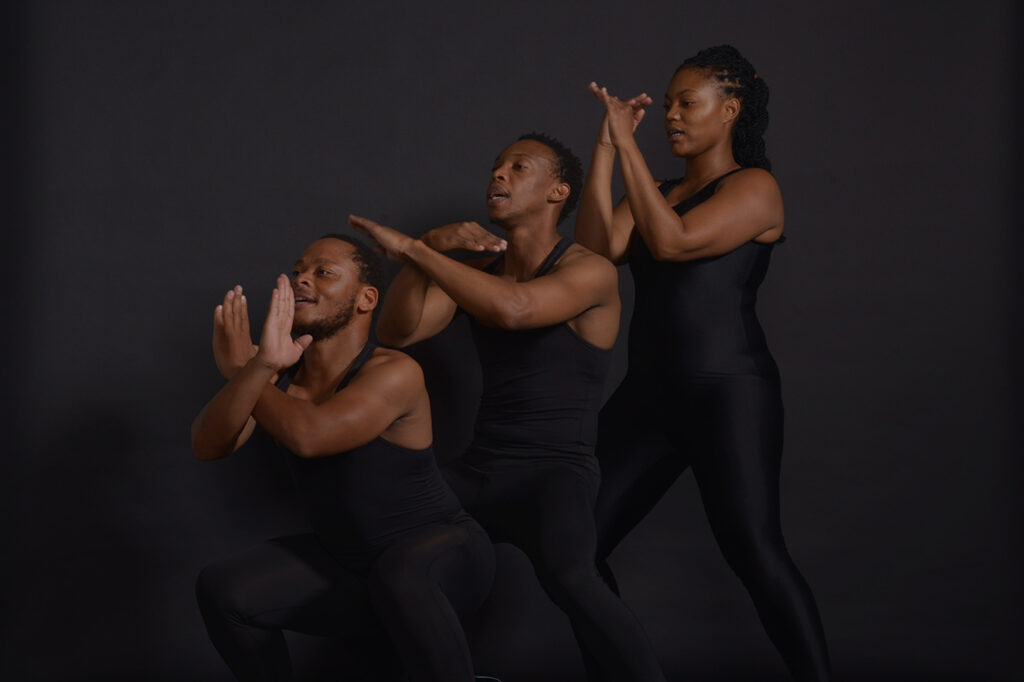 PAST’s Walking Tall corporate theatre show, ‘I SEE YOU’ was premised on paleontological research and education in Africa. In light of this, PAST looked to share the message of the origins of human kind which point to early traces of life being found in Africa.

“I See You”, a science theatre production, communicated scientific facts using physical theatre to engage, educate and challenge the audience on issues related to the origins of humankind, animals and plants – which all form part of living species on Earth. The intimate and vigorous bodies of the two male performers spoke volumes of the intricate and substantial relationship between man, animals and nature. It portrayed the intricate merging and evolution of both as well as how plants complete this relationship and provide the nutrients necessary for the growth and development of both man and animal. This is aimed at informing and encouraging society to protect, preserve and conserve all forms of life.

The project, through the performance of “I see you” is impactful in that it encourages and compels the audience to acknowledge physically and significantly see each of the elements of creation as we know it. It causes humankind to consider life as we know it currently, as well as life as it has developed and evolved. It reinforces humankind’s dominion over animals and the plants of the earth, and emphasises the need to take better care of the earth through methods of preservation. Added to this, it calls for humankind, people from all races, cultures, genders and beliefs to see and know the significance and importance of all differences and how these form a part of the whole of creation. A further benefit of the project and performance is that it is tailor-made to suite its various audiences, it provides an opportunity for this message to be communicated and understood at the level of the audience. The production is taken to various audiences such as schools and communities. The performance of scientific perspectives carries a strong message against discrimination and destruction of bio-diversity. The cultural impact of this production is two-fold: firstly, it influences and impacts the culture of conservation of the natural bio diversity on earth and secondly, dismisses and overthrows notions relating to varying theories of the origins of humankind as well as nature. It teaches audiences the importance of recognising that all people of all races and cultures all originate from Africa and are important to the survival of each other as well as that of nature.

Funding was for two main initiatives of PAST’s acclaimed Walking Tall Educational Theatre Project including. 1) Walking Tall physical theatre workshops for secondary school and community audiences in South Africa, for which 23 workshops for 3,722 learners and 147 educators were delivered at schools and festivals in South Africa. 2) Development of new learning resources to augment the Walking Tall workshops, featuring a series of three five-minute Walking Tall videos entitled “African Homeland,” Human Unity Amid Diversity,” and “The Tree of Life.”

Beneficiaries of the upcoming Walking Tall season included learners, educators and community member in five South African provinces (Eastern Cape, Free State, Limpopo, Mpumalanga, Northern Cape). The new Walking Tall videos will benefit schools and communities throughout all of South Africa, with potentially tens of thousands of individual beneficiaries who have access to YouTube. The performance took place at the Women’s Jail, Constitution Hill on the 18th April 2019.

It has also impacted on educational value which has been proven over the years to have high educational impacts for learners and community members, as annually demonstrated by the results of the rigorous monitoring and evaluation system PAST has maintained for the project for many years. Added benefits of the programme saw theatre artists receive training in physical theatre and training in other diverse theatre skills by the project’s theatre director. The quality of this training is reflected in the large number of Walking Tall alumni who have gone on to continue pursuing successful acting careers.

Nomsa Manaka is a well-known Soweto-born dancer, choreographer and actress who runs The Nomsa Manaka

Turning Waste Into Trendy Jewellery Accessories and a Successful Business

Meet Refiloe Diutlwileng, a 52-year-old craft artist who is transforming trash into a thriving jewellery

A Dance Movement Tribute from The Wentworth Community Arts

Remembering those who went before us, the dance movement pays tribute to all those who