Khanyiso Dakada: making sure the legacy of Madiba lives on through the arts 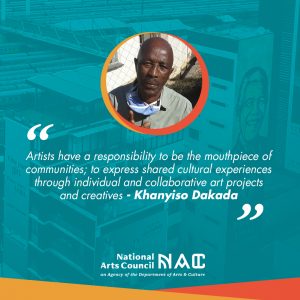 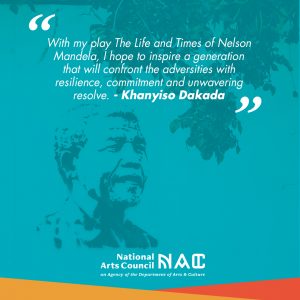 Khanyiso Billy Dakada’s name deserves to be mentioned among the pantheon of playwrights and performers who have used their platforms to publicise the stories of anti-apartheid activists and bring awareness to the masses about South African politics.

The veteran has graced stages local and abroad, casted and credited in productions that celebrate revolutionaries who have made an immense contribution to our country’s democracy. He is also the recipient of prestigious honours such the King Sabata Dalindyebo Local Municipality Best Director award, as well as the Individual Lifetime Contribution to Arts and Culture award from the Eastern Cape Provincial Government.

Dakada’s acting career started in his hometown of Queenstown. His passion drove him to embark on a journey that saw him hone his craft to perfection, working with various production companies, alongside other South African theatre greats such as Mara Louw, Gibson Kente and Henry Cele, to name a few.

He has lent his acting and writing talents to productions that have deeply resonated with audiences at the Grahamstown National Arts Festival and received standing ovations at international theatre venues.

“I’ve also written plays based on history and looked at the lives of Robert Sobukwe, Chris Hani, Joe Slovo and Steve Biko. Even the play that I am currently writing will be focusing on the life of Oliver Tambo while in exile,” says Dakada.

He is also the founder of Khanyiso Social Enterprise, the drama group behind The Life and Times of Nelson Mandela, an epic play that tells the story of one of the most important participants in the struggle for liberation. The production is aimed at furthering the legacy of Madiba and helping to inspire the next generation of active citizens that will confront the adversities of modern times with the resilience, commitment and unwavering resolve exhibited by the global icon.

The drama group works with local radio stations to announce invitations to audition. During the selection stages, actors go through training, skills development and history lessons. Once the top talent has been selected to join the production, the unsuccessful candidates are referred to the arts centre for further training.

On the role of theatre in addressing the challenges faced by young people today, Dakada recognises theatre as the greatest weapon for social change, because it is the medium through which they can probe the ills of society and explore solutions using art. Theatre brings issues of economic emancipation, pandemics and domestic abuse to the forefront for the necessary conversations to take place in society.

But while artists have a responsibility to be the mouthpiece of communities and express our shared cultural experiences through individual and collaborative art projects, creatives are often challenged by financial constraints that trap projects in development limbo.

“Funding remains one of the biggest challenges in our industry and it makes it difficult to impart valuable knowledge of history to the young people. So my wish is to develop the youth of this country through the arts, because not all them will become politicians, lawyers and doctors … This is why we’re grateful for the support received from the National Arts Council [NAC]. Our partnership with the council has contributed to cultural promotion and job creation in the Eastern Cape.”

The partnership between Khanyiso Social Enterprise and NAC-funded project has empowered The Life and Times of Nelson Mandela theatre project to employ 43 young people. During the project’s run, 10 actors were employed full-time (two of whom were persons with disabilities) – 30 were on-call actors.

“The project has helped develop learners in schools, technikons and universities as part of our efforts to promote the political heritage of the country, as well as teaching the youth about the selfless leaders in our history who have dedicated their lives to bringing positive change.” 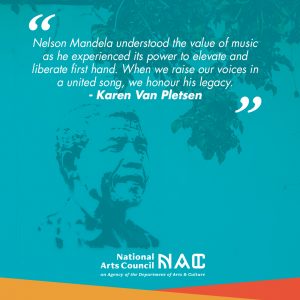 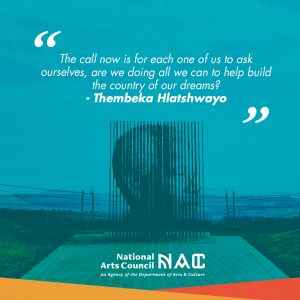