Preserving heritage through the language of the soul

You are here:
Home
Artisan Posts
Preserving heritage through the language of the soul 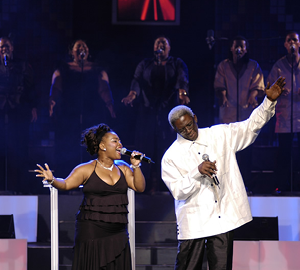 If music is the language of the soul, it might just be true that contributing to development through music is the soul’s expression. Music in South Africa, during our painful past and within our hopeful yet challenging present, is and has always been a constant salve for our wounds and call to action towards building a better future.

Founded by the late Victor Ntoni, GMD has, over the years, pioneered the production and transcribing of South Africa’s diverse traditional music to create scored music books and songbooks. Now in the capable hands of Linda Ntoni, GMD continues to blaze trails in preserving South Africa’s rich musical heritage while empowering local musicians.

“South African music touches every aspect of our lives through its diversity and it is absolutely essential and necessary to promote and preserve its existence in so-called modern society, which is fast delegating the traditions and cultures of Africa as primitive and insignificant,” says Linda.

According to her, the study of African music has somewhat taken a back seat to other African arts. “Music, in which is found the spiritual aspirations of a nation, and from which we can study the history and customs of our people, is the most neglected of African arts,” says Linda, adding that it is ironic that after 20 years of democracy in South Africa, there is no notated music book of African composers/musicians with the exception of those done by GMD.

Bit by bit, GMD aims to narrow this gap. “We intend to record on transcribed music scores the music compositions of various black South African composers and musicians,” says Linda, whose passion for South African and African music is undoubtable.

Linda believes that our customs, beliefs, traditions and aspirations are contained and transmitted through music. Critically, she asks: “Why is there no conscious and deliberate effort to invest time and money to the profound study and preservation of this our amazing and fascinating musical art? Unless something is done to collect and preserve African music while the time is still opportune, our African musical treasures will be lost.”

As a GMD funder since 2013, the NAC has been instrumental in recognising the importance of documenting African music. This contributes to the NAC fulfilling its mandate as well as its strategic objective to “develop and promote the arts and to encourage excellence in regards to these”.

Thus far, funding from the NAC has assisted GMD in producing the Victor Ntoni Music Book series, the African Folklore Music Book and the South African Songbook, among others. Linda lists the Mzansi Music Ensemble as an example of what funding from the NAC has helped GMD achieve. “The Mzansi Music Ensemble is an 18-piece big band with 10 voices. They performed the music of Victor Ntoni, Sandile Shange, Mongezi Feza, Busi Mhlongo and others from the sheet music scores transcribed by GMD,” says Linda. In 2015/16, the ensemble toured South Africa, performing in the country’s prestigious theatres. The tour culminated in the ensemble being invited by the Thabo Mbeki Foundation to perform at the birthday celebration of former president Thabo Mbeki at The Market Theatre in June 2016.

“I’d like to thank the NAC for believing in the project and enabling us to realise our vision,” says Linda.