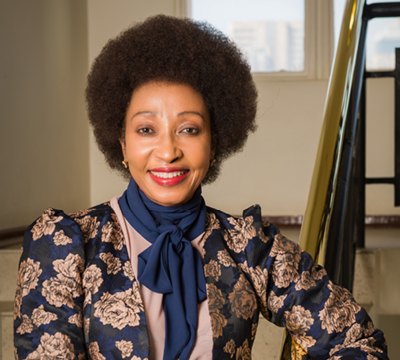 Often when engaging in matters relating to the creative fields, we mention the phrase “arts, culture and heritage (ACH)” without paying much attention to the “heritage” part of the phrase. In a sense, the “H” in the abbreviation has become redundant and somewhat of an ornament in our everyday parlance, superficially incorporated into our jargon and lists of catchphrases.

In this regard we at the NAC find ourselves in a strong position to leverage off and collaborate with our sister organisations towards incorporating support for heritage initiatives into certain areas of fulfilling our own mandate. Along with the NAC, other implementing agencies of the Department of Arts and Culture, such as the National Heritage Council (NHC), the National Film and Video Foundation (NFVF) and Business Arts South Africa (BASA), are in place to adopt collaborative and holistic approaches to socioeconomic development, nation building and social cohesion.

An example of this can be seen in the recent creation of the Development Agency Forum, which includes the NAC, the NHC, the NFVF and BASA. Not only has this forum already identified a few projects for collaboration, its creation serves as a means of opening dialogue in the heritage sector in order to identify efficient methods of preserving our heritage. This, in turn, will contribute towards mainstreaming the heritage sector into the broader economy and opening a path of growth for employment. Another example is our involvement in supporting 19 writers to develop manuscripts in indigenous languages.

But conceptualising ‘heritage’ and the broader economic development imperative that underlies enhancing the heritage sector can only be served practically and appropriately from the grass-roots level up. As the primary drivers of what it means to be South African, the youth should play a critical role in identifying the most salient features of our heritage that need to be preserved and celebrated.

But for South Africa’s large youth population to begin appreciating their heritage, they need to be educated accordingly and made aware of the benefits of staying true to themselves and their past. This in the context of a globalised world where culture, especially youth culture, has by and large become generic and homogenised in favour of the developed world, which has had the means over centuries to impose dominant artistic and cultural modes and, in essence, the celebration of a certain eurocentric or Western type of heritage.

It is for this reason the NAC adopted the message “know thyself and you will never sway” for Heritage Month. As an agency mandated to support and develop arts and culture in South Africa, and by implication preserve and uphold the country’s heritage, our central role is to develop people, especially the youth. It is also our responsibility to foster a sense of respect for our dignity as Africans, as well as restore and uplift our people, through artistic expression in recognition of our past struggles, from centuries of exploitation and oppression. It is therefore in our best interest, in looking ahead towards the future of South Africa, to inculcate a sense of belonging and the spirit of togetherness among our youth, as it is only through belonging and togetherness that their susceptibility to negative influences will be diminished.