You are here:
Home
Alumni
Conversations with a living legend – DON MATTERA

Visiting the home of Don Mattera is like visiting the home of the father of nations. On arrival, you are met by a beautiful sea of colourful faces, differing ages – the children and grandchildren of Donato Monnapula Francisco Mattera.

Born in 1935 in Western Native Township (now Westbury), Don Mattera grew up in Sophiatown at a time when it was becoming a vibrant centre of South African culture. His diverse heritage derives from his Italian grandfather, Khoisan/Xhosa grandmother and Tswana mother. Mattera has had numerous life experiences, both good and bad that have shaped the man he is today.

He draws in others with his ferocity which has empowered him to stand tall against any form of tyranny. At the same time “Toppie”, as he is fondly known amongst close circles, is a humanitarian by heart and dedicates his efforts to community development particularly for youth.

The toll that COVID-19 has had on elders, such as Ntate Mattera, meant that his current health state was fragile. He has jovial energy and his golden presence lights up the room. Despite his age, Ntate Mattera’s essence displayed evidence of an exceptional warrior, with cultural proliferation.

Soon the chatter and conversation rolled like dominos, with occasional giggles and roars of laughter as he narrated his life story and some of his best-scripted content. Don Mattera has a way of bringing you into his confidence, as if you were his child, sprung from his very loins.

To all the current and future practitioners of our diverse creative community Don Mattera has one message which has been his longstanding Mantra – “When you are in the lead, it is your duty as an African child to look back and find your contemporaries to ensure that you support them when they lag behind. Development for one is
development for all. Each one, teach one.”

This message is an unambiguous reminder that as much as the practitioners in the global south seem to be lagging behind within a global context, the key to the catch up is in continued support
and collaborative development of each other. 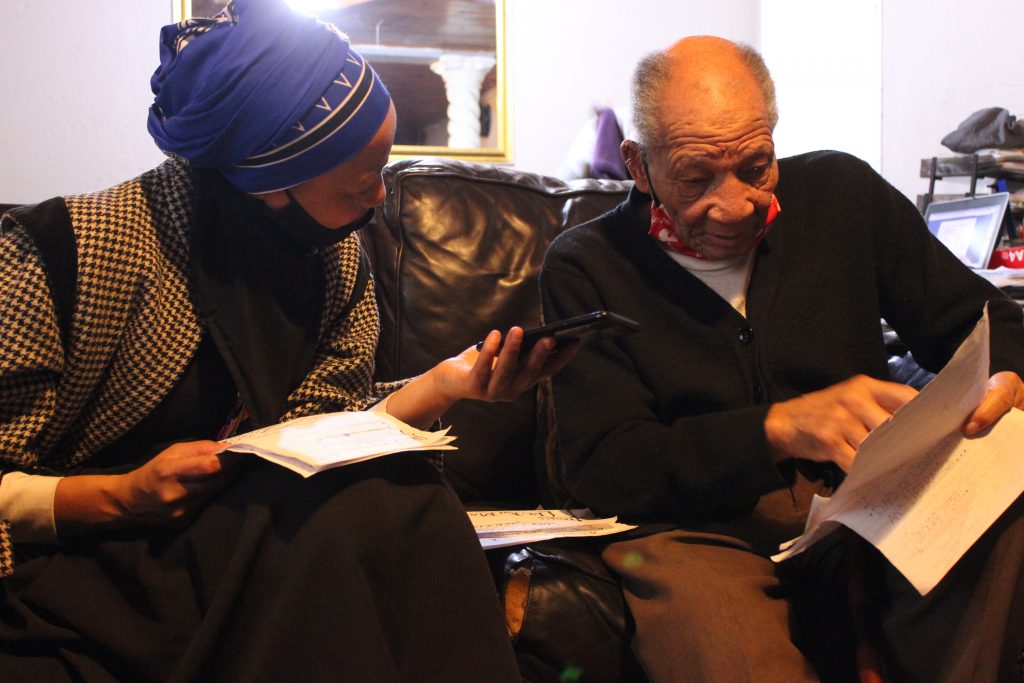